Life with Qwest has been quiet of late, as it should be since business has been booming and we’ve had our hands full here at Pedal mission control.

Upon receiving our bill a few months back I saw a box of text telling me to call to win a free Ipad.  Having received about a thousand such invitations in my spam box from entities displaying a broad and amusing array of creative use of the English language I wasn’t foolish enough to think I’d automatically actually get an Ipad, however my own phone company wouldn’t have the temerity to sell their own customer a product they didn’t need while dangling an infinitesimal chance at getting for free the latest must have gadget would they?  I decided to find out. 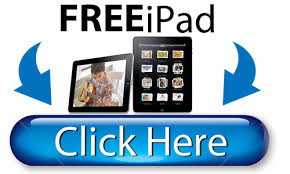 I called the number and asked for my Ipad.  The person on the other line said in order to be entered into the drawing I’d need to sign up for their faster internet package and extend my contract; it wouldn’t cost any more than it does currently.  This of course, is the same service I’d been called so many times about earlier this year.  This time I bit.  It took a few minutes to get signed up, I received a confirmation that my internet would get upgraded, another inviting me to set up email and my website (we already have a website and email so I ignored this one.)  Then one saying my order was complete, then a survey to fill out and a reminder to fill out the survey.  I don’t know if my internet is faster, it seemed fine before and is now just as fine.  No word on that Ipad…I’m not holding my breath.

On a more positive note, one of the fine fellows in the social media department signed us up on Tweetadder, a service which helps get you more Twitter followers.  I’m happy to say in the last two months we’ve gone from having less than 200 followers to almost 500!  Nice job guys, that service really works!

The telephone used to be a utility, you pay for it and use it without a further thought.  However, since the break up of Ma Bell about a million years ago, competition has entered the market and suddenly everyone is in the game and duking it out for supremacy.  Among other things, competition has spawned supposedly more choice, and definitely lots more sales calls, we just didn’t expect many of those calls to be from our own phone company.

With the advent of the cell phone the land line has become increasingly less relevant.  Moreover, because land line phone numbers are publicly available salespeople can harass you at will.  One huge advantage of cell phones is telemarketers don’t have access to your number.

Business owners’ horror stories of constant calls from telemarketers ranging from other phone companies to credit card companies to magazine salesmen abound.  At Pedal, we avoided getting a land line for this very reason. However, eventually it had to happen.  We needed internet access and phones in the shop for customers to call.  After checking the competition we decided on Qwest.

Everything went fine, the internet and phone worked great and we could hook up the credit card processing machine, just like a utility should be.  Qwest even offered to help us with our social media programs (in exchange for our honest opinion of their services, hence this blog).

Of course, the inevitable sales calls nearly drove us crazy the first 6 months.  “Do you accept credit cards?”  says the voice with the lilting Indian accent.  “Have you considered a burglar alarm?” drawls the bored teenaged voice.  Many, many people with heavy accents called, purporting to be from Qwest and telling us we were paying too much and could lower our bills.  A lot of time was wasted dealing with these people.  Of course we got on the “do not call list” but it certainly didn’t do much.  Once a jilted salesman scoffed “You only have one line, what’s the big deal?”

We’ve been happy with Qwest’s consistency of service and thrilled with everything we learned through the social media trainings.

Then, someone from Qwest called for a “quarterly checkup” to make sure “we were receiving the highest level of service possible”.  The nice representative determined we qualified for an interntet upgrade, great news!

That day, at least 5 more Qwest reps called wanting to review our account.  My frustration mounted, each rep. denied having any idea why we were being repeatedly called.

The NEXT day the rep called “We made a mistake, in order to get the internet upgrade you’ll have to sign a new contract.”  I declined.

Over the ensuing days we were called several times each day by Qwest reps. eager to insure we had “the most up to date service.”  My patience dwindled rapidly. Finally I turned to the only Qwest employee I’d had more than one conversation with, the social media trainer.  After a flurry of emails the calls stopped and it was explained to me a 3rd party company hired to “insure Qwest customers were getting the most up to date products” had made the mistake.

To make up for this, Qwest credited our account one month’s service.  “What about the faster internet service we were promised?” I asked.  “Not possible unless paid for” we were told.

We’re still happy with the phone and internet performance, but I wish land line phone companies would go back to being just another boring reliable utility like water, heat and electricity and not waste so much of our time trying to upsell us to “the best service available.”

Thanks to Paul and Betsy at Qwest for the invaluable training and technical assistance to optimize and integrate and manage the myriad social media avenues into a well oiled blog-de-force! Now Pedal is poised to be a lean mean social media machine!